The Generation Skipping Tax Can Cause Problems 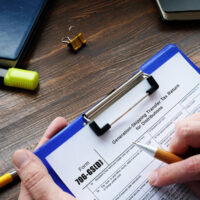 When you inherit property, the government sees that inheritance as a benefit or profit, much like making money, and the government wants their share of it. That’s the basis for estate taxes.

So, how about this plan: Instead of leaving something to your children, where there would be an estate tax, just leave it to your grandchildren. That way whatever you are devising (leaving in your estate documents) stays in the family, and you avoid that estate tax.

Not So Fast – Watch For the Generation Skipping Tax

There is a generation skipping tax (GST), a tax specifically designed to prevent people attempting to skip a generation just to avoid payment of estate taxes.

The good news is that the GST currently doesn’t apply to transfers under $11,700,000. That amount doubles for married couples leaving property. You can see that exceeding the exemption and paying the GST is only a concern for people leaving higher worth inheritances.

It should be noted that in 2025, the exemption will go down to about $6 million, which is still a large sum, but much less than what it is today. Given that the Biden administration has already expressed interest in lowering the exemption, it would not be a smart estate planning strategy to rely on the current exemption still being available for much longer.

There is also an annual exemption. Yearly, up to $15,000 can be given away without paying the GST. So for younger people with concern that they could exceed the allotted exemption, leaving assets on a yearly basis may allow them to fall under the allotted exemption when they do pass their property on.

When Does the GST Come Into Play?

There are ways to avoid the GST, but not great ones. For example, if a parent dies before a gift is made, a grandchild will move up in line to take their place, meaning the grandchild is no longer two generations younger (called a deceased parent rule).

Some transfers will not incur the GST. They include funds for medical or educational expenses, as well as money for health insurance. The payments must be made directly to the respective institutions.

Maximize your estate by planning properly as early as possible. Call the Torrance estate planning attorneys at Samuel Ford Law for help planning your estate today.

By Samuel Ford Law | Posted on August 25, 2021
« Caring For Your Animals Through Pet Trusts
Gun Trusts May Save Your Beneficiaries A Lot Of Trouble »