Gun Trusts May Save Your Beneficiaries A Lot Of Trouble 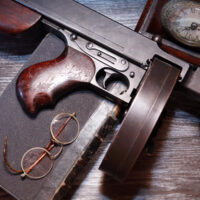 Regardless of where you stand on gun control politically, the fact remains that many guns are quite valuable, and many gun collections can be expensive. Like any items of value, you may want to pass them on to your friends or family.

The problem comes with the myriad of laws that regulate (or which may in the future regulate) guns. Even if you meet all the legal requirements to own your guns, that doesn’t mean that whoever you pass those guns along to also will. In fact, there is a chance that by suddenly inheriting your guns, whoever the new owner is could suddenly find themselves in violation of gun control laws.

How can you avoid this potential problem? The answer is what is known as a gun trust.

Because gun trusts are used to ensure compliance with gun control laws, the more regulated the particular types of guns you have or will pass on may be, the more necessary that it may be that you have a gun trust. Think of what you had to go through to get the gun. Did you need to get a license? Take a course? Register somewhere? If so, a gun trust may be helpful (or necessary).

Gun trusts are often used with fully automatic guns, short barrel shotguns, or other firearms that are commonly thought of as NFA weapons.

Depending on the gun trust, you may be able to pass your guns on, and avoid dealing with ATF, transfer taxes, or the approval of local or federal law enforcement agencies.

If whoever you leave the guns to intends to sell the weapons, they may have no idea how to do that legally. A gun trust allows that person to still sell the guns while remaining compliant with all applicable laws. The person inheriting the guns doesn’t actually ever own the guns; the trust does. So they are breaking no laws when they are sold by the trust. The gun trust is selling the arms, with the profits going to whoever you so choose.

Gun trusts can also avoid minors from inheriting guns, at least until they reach adulthood, allowing valuable weapons to be passed on to kids.

Gun trusts even avoid ownership restrictions. Many gun laws do not permit more than one person to own or sell the same weapon. In fact, most permits only allow the licensed user to use the gun, and nobody else. But a gun trust can allow multiple owners for the purpose of holding the gun in trust, or for the purpose of selling the guns and distributing the proceeds.

Anytime you deal with weapons, you always will have to handle compliance with state and federal legal regulations. But gun trusts will allow your beneficiaries to avoid these regulations to some extent, as well as freeing those guns from the probate process.

Call the Torrance estate planning attorneys at Samuel Ford Law for questions about managing your estate.

By Samuel Ford Law | Posted on September 2, 2021
« The Generation Skipping Tax Can Cause Problems
Some Basics: What’s The Difference Between A Will And A Trust? »