Contracts To Make A Will Are Usually A Bad Idea 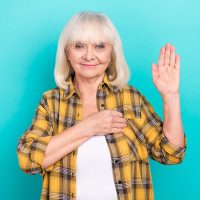 Let’s say that you provide a service to someone, or provide something of value to them. In return, they promise to include you in their will, or leave you something in their will. Later, they pass, and you find that you have been left out of the will. Can you sue?

This is called a contract to make a will, and such a promise or contract is enforceable—if it is proven. And that’s where the problems tend to arise. This is especially true because such contracts can be in writing, but they can also be oral.

Enforcing Oral Agreements to Make a Will

If you thought oral promises were difficult to enforce in normal circumstances, they become even more difficult to prove when one of the parties has passed on. Add that to the fact that California’s probate code requires a contract to make a will be proven by clear and convincing evidence (if the agreement is oral), and it becomes even harder to enforce an agreement.

There can also be a lack of incentive to comply with any agreement. Let’s say that someone promises to leave property in their will to someone else in return for a service. The service is performed and received.

At that point, there may not be any incentive for the other person to comply with the promise. By the time the other person (the one who performed the service) realizes that he or she has not been included in the will, the decedent will be gone.

When is the Breach?

There are also questions as to when someone is in breach of the agreement. If you are left out of a will when you were promised you would be included, does the breach happen when you aren’t included in the will, or when the person does, and the estate is probated and you aren’t included?

Someone could easily also include you in their will, and then later, amend their will, leaving you out of it. If that happens, you wouldn’t know it until the other person passes away.

By the time you realize there is a breach, the contract may not even be enforceable for equity reasons. Let’s say that A says that he will leave his house to you, B, if you perform a given service, which you perform. However, A transfers the property to C. When A passes away, you learn that the property is not even part of the decedent’s estate—it is owned by C. You can’t get it from C, because C was innocent—he or she had no idea there was any agreement concerning the property.

Realistically, what may happen is that if you are the person seeking to enforce the promise (that is, you were wrongfully left out of the will after you provided a good or service to the deceased) you may be in no better position than any other creditor of the estate. This is a much weaker position to be in, than someone with an enforceable contract.

Call the Torrance will attorneys at Samuel Ford Law today to discuss a will, and an estate plan, that works for you.

By Samuel Ford Law | Posted on July 19, 2022
« What Is A Conservatorship – And How Can You Avoid It?
Understanding Estate And Inheritance Taxes »