Close Menu
+
Torrance Estate Planning & Probate > Blog > Wills > Are You A Dynasty? You Are – With A Dynasty Trust

Are You A Dynasty? You Are – With A Dynasty Trust 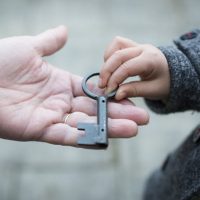 When you think of a dynasty, you probably think of a sports team, or a family of wealthy rulers in a foreign land. But actually, you have your own dynasty–called your own extended family, in terms of estate planning, which allows you to set up what is known as a dynasty trust.

What is a Dynasty Trust?

A dynasty trust is a trust that leaves some or all of your assets to later generations, as opposed to just the current, next generation of family. You can plan as far out as 90 years, which can account for at least 1-2 generations worth of family.

Yes, you could just leave everything to your children or relatives, and let them leave whatever is left over to their children later on, as they see fit, in their own estate plan. But there are a number of advantages that a dynasty trust has that often make it better than just leaving everything to immediate family.

One advantage is protection from potential creditors. When you leave assets in a trust that go to a second generation, or extended family, you can often avoid the claims of creditors. Even if your immediate family has creditors, which could normally potentially reach assets left to your family, those creditors now will be unable to touch the assets that you leave to later generations through the dynasty trust.

And while we’re talking about creditors, let’s not forget the sad possibility that your kids or relatives’ current spouses could become creditors in the event of a divorce. Normally, if you leave property to, for example, a brother, and your brother gets divorced, the property left becomes property subject to division in the divorce.

But the dynasty trust avoids this; the property left to later generations is now not considered property that can be divided between your brother or other relative and a spouse.

There are also big tax advantages to a dynasty trust. Although the estate tax rules and limits are always changing, for most people, there is almost always a tax advantage to “skipping” a generation, and leaving property for a later generation.

Prudence with the Assets

Dynasty trusts can also be helpful for those situations where you may not want immediate family to inherit absolutely everything. Perhaps you want to make sure that some of what you leave is left over for future generations. The dynasty trust gives you some control over that, as you can now ensure that some portion of your estate will be preserved for later generations.

Use the estate plan tools that work best for you. Call the Torrance wills attorneys at Samuel Ford Law today.

By Samuel Ford Law | Posted on November 29, 2022
« Benefits And Drawbacks Of Living Trusts
Avoiding Gift Taxes In Your Estate Planning »