Actress Anne Heche Died Without A Will 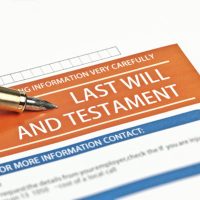 Nobody thinks catastrophe is coming. But sometimes, it does, and even the richest and most well known amongst us need to be prepared. Unfortunately when it comes to the recent death of actress Anne Heche, there may have been minimal, or no preparation, when it comes to estate planning.

Young and healthy and only in her 50s, it is reasonable to see why Heche may not have bothered with state planning; many of us who aren’t even in as good of a situation financially as she was, fail to plan for disaster.

As you may know, Heche died unexpectedly in a fiery car crash. She left behind two children, one who was 20, and the other 13. What she didn’t leave behind according to numerous news reports, was a will.

Why Having No Estate Plan Can be a Problem

When you don’t have a will or c comprehensive estate plan, you have no control over who gets what in your estate–you probably knew that. But Heche’s situation demonstrates even more reasons why an estate plan is so vital.

The first reason is that before anybody can be left anything, whether by will or by intestate (the laws that say who gets what when there is no will), the deceased’s property has to be gathered, inventoried, and valued. This is common sense; before dividing everything up, the court has to know what “everything” is, and what it’s all worth.

Son Petitions to be Administrator

Heche’s 20 year old son has petitioned the court to be the one to do this–called administering the estate. And while the son has no challengers as of yet, the fact remains that this is an overwhelming task for many of us–much less a 20 year old young man, grieving the sudden loss of his mother, and handling an estate as large as it is anticipated Heche’s will be.

One the estate is administered, there does not seem to be any challengers to who gets what, which is at least one good thing. However that isn’t something to take for granted; whenever there is no will or no estate plan, the possibility for challenges and confusion is always present.

Heche’s estate also brings up another issue: The 13 year old boy deserves representation in the probating of the estate. But at 13, he is too young to find and hire an attorney on his own. The 20-year old has petitioned the court to represent the interests of the younger brother, a motion that is also unchallenged.

Thankfully, the father of both boys is still alive, so the kids (especially the younger child) will have an adult to take care of him. But what if that was not the case? An estate plan can also allow you to tell the court who you would want to act as guardian of your kids, in the event that your children were left with no surviving parents.

Call the Torrance will attorneys at Samuel Ford Law today to create an estate plan and avoid the problems that come when you don’t have one.

By Samuel Ford Law | Posted on November 18, 2022
« Using Life Estates In Your Estate Plan
Benefits And Drawbacks Of Living Trusts »